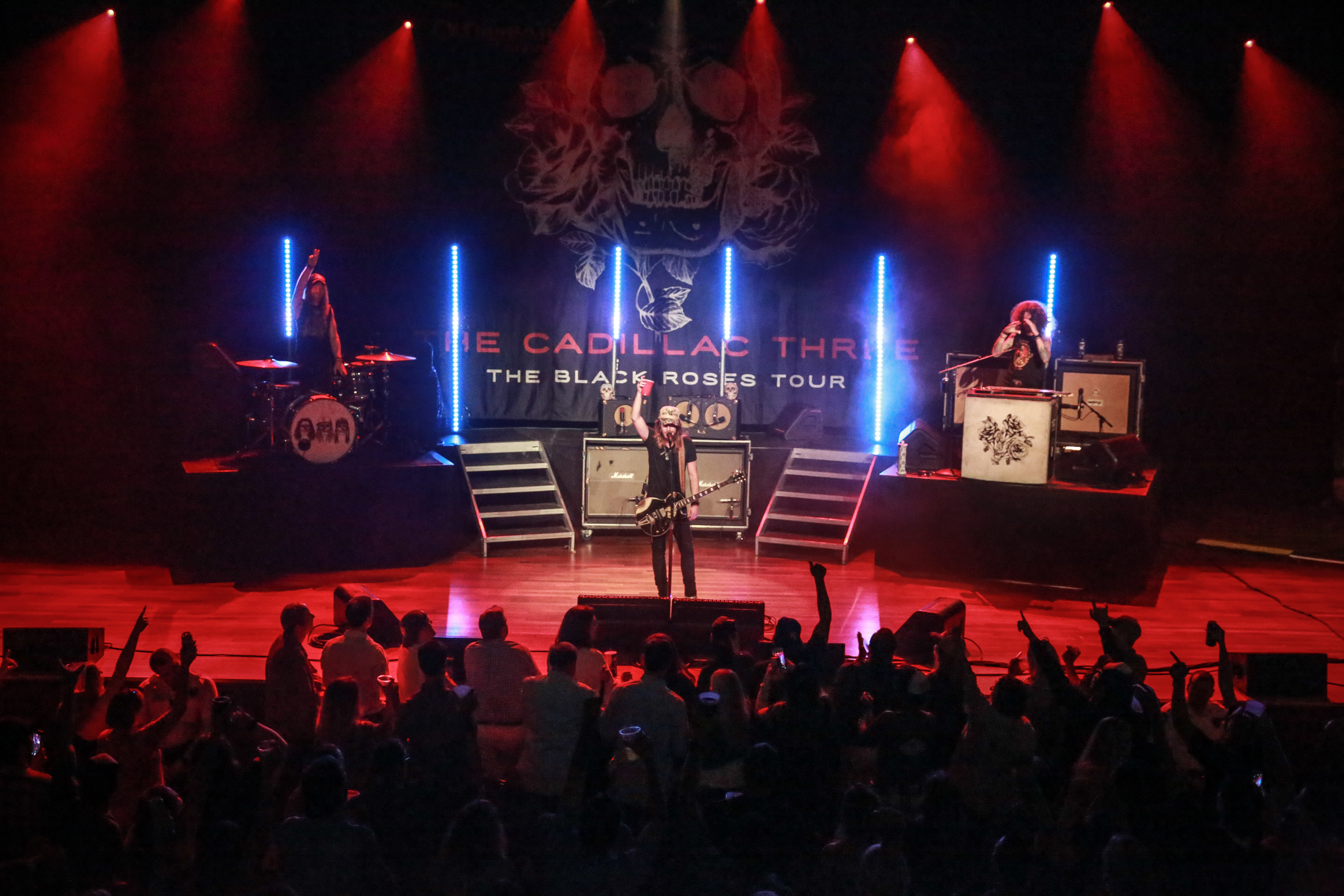 MEDIA ONLY – https://bmlg.box.com/s/vrminkafsiccas7f96qjruprz8l7lcfa
Pictured (L-R): Neil Mason, Jaren Johnson, Kelby Ray
Credit: Jeremy Polzel for Big Machine Records
NASHVILLE, TN (March 26, 2020) – With their sold-out Ryman Auditorium debut in 2017, THE CADILLAC THREEtruly cemented a legacy that grew from playing music in high school to stages across the globe. As tonight’s return to their iconic hometown haunt has been postponed until August 29, the Nashville natives dial up the past with an audio encore. This exclusive, one-week-only event will air beginning tomorrow (3/27 – 4/2) on Country Fuzz Radio, which can be heard every week on Big Machine Radio through the iHeart or TuneIn app and onbigmachineradio.com.
LISTEN to a preview here: https://TC3.lnk.to/CFRadio_RymanPR.

During their standing slot each week, TC3’s Jaren Johnston, Neil Mason and Kelby Ray highlight latest tracks, cool stories and more. Airdates and times are below.

# # #
ABOUT THE CADILLAC THREE: Leaving a lasting impression on fans across the globe with their instinctive sonic tendencies, THE CADILLAC THREE prove they are Nashville’s most versatile band. Made up of singer-guitarist Jaren Johnston, drummer Neil Mason, and lap-steel player Kelby Ray, the trio have been performing together for over a decade and adding to their following of both Country and Rock loyalists. On their fourth album COUNTRY FUZZ – out now via Big Machine Records – the musical co-conspirators further their Country-Rock sound with songs like “Labels,” “Heat” and “Slow Rollin’,” while also exploring heavy Funk on tracks like the super-charged “Blue El Camino” and the devil disco “The Jam.” Funneling Southern-to-the-core sensibilities into their own catalogue, TC3 boasts chart-topping tracks and album cuts for Keith Urban, Tim McGraw, Rascal Flatts, Miranda Lambert and Steven Tyler, to name a few. Both collectively and individually, Johnston, Mason, and Ray have been nominated for GRAMMY and ACM Awards. Known for their unpredictable live show, TC3 has toured the U.S. and Europe both on their own and with A-listers Eric Church, Dierks Bentley and Luke Bryan, veterans Travis Tritt and Charlie Daniels, plus iconic rockers Metallica and Slayer. As a popular international act, TC3 was named Best New Band at the 2014 UK Classic Rock Roll of Honour Awards and received a 2019 CMA International Award nomination for International Artist Achievement. “Like Kings of Leon before them, they’re poised for their first big break in the U.K. – where they’ve sold out every headlining show for nearly two years – before conquering their U.S. home turf,” heralded Rolling Stone. Visit thecadillacthree.com for the TC3 latest happenings.

THE BMLG WEEKLY PREP WILL RETURN NEXT WEEK