Will Perform on Jimmy Kimmel Live! May 2 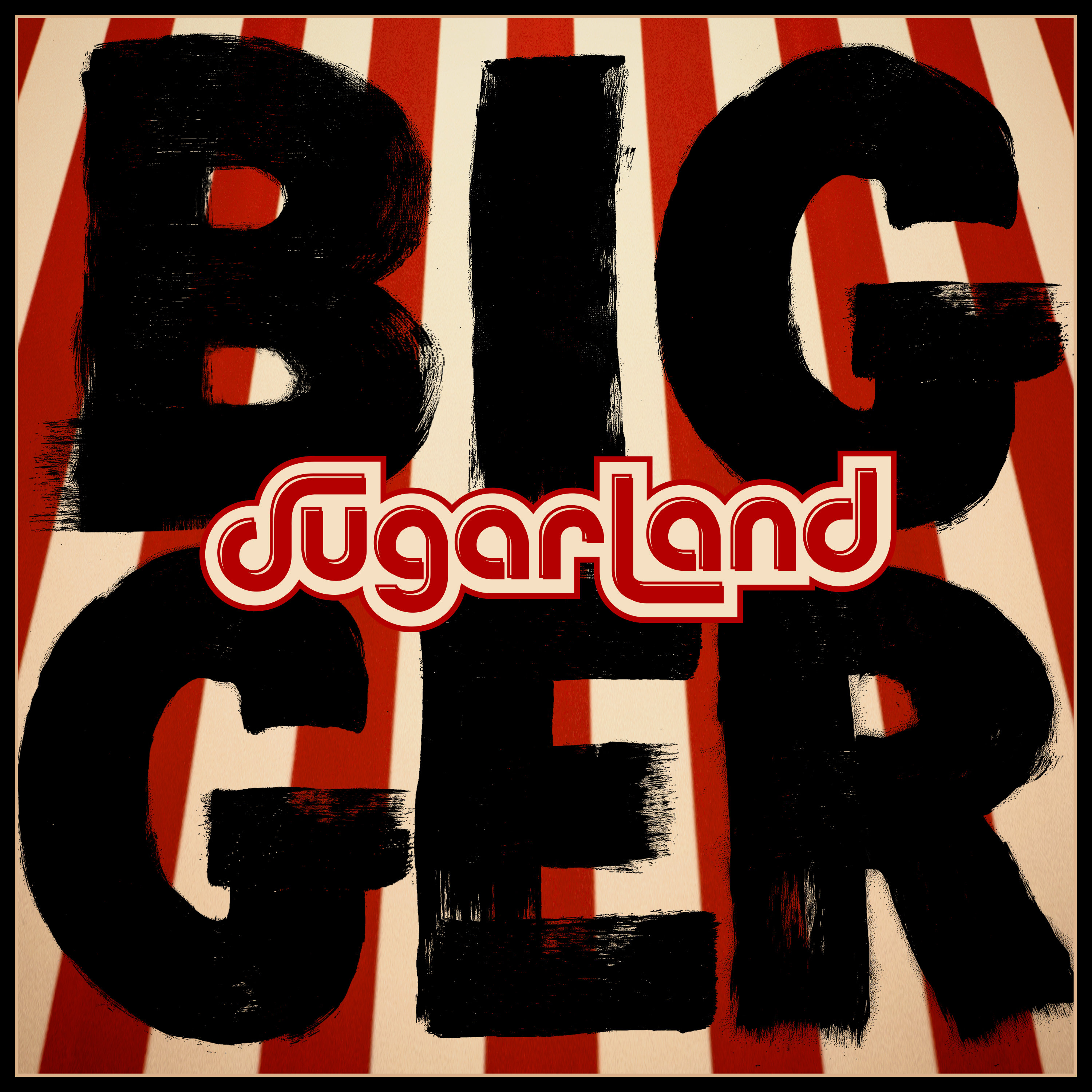 NASHVILLE, TN (April 12, 2018) – GRAMMY® Award-winning superstar duo SUGARLAND announced their highly anticipated sixth studio album, titled BIGGER, will be released on June 8 and will become available for preorder on April 13. Sugarland’s Jennifer Nettles and Kristian Bush co-wrote nearly all of the songs on the album, which was co-produced by Kristian, Jennifer, and Julian Raymond. The project’s lead single, “Still The Same,” is currently climbing the Country radio charts ahead of the duo’s spring-summer STILL THE SAME 2018 TOUR.

After taking a hiatus to pursue a series of high profile solo projects, BIGGER is the duo’s first new music in seven years and the first project under their new joint venture with Big Machine Records and UMG Nashville. It will be available to pre-order at digital retailers as well as the title track, “Bigger,” available to download on April 13.

As fans have come to expect from Sugarland, BIGGER embodies the musical spirit of the band: it contains tracks both uptempo and upbeat as well as powerful message songs that address specific issues facing the world. “Our hopefulness and our sparkiness and our joy is one of the things I think we do uniquely well, especially in the country format,” says Jennifer of the set’s sunnier material. “We offer that in a unique way.”

The bold graphics of the recently unveiled album cover conjure up images of a circus tent, representative of both that fun side and some of the more enigmatic content on the project, which was written over and influenced by the course of the past six months. “This album has a whole bunch of mystery,” says Kristian, who has been enjoying peeling back the layers of the production and the nuanced songwriting. “I’m listening to it every two days just to see what’s in it. I have entire pints of blood in that thing, but I still don’t know where it all came from, and I love that.”

Recently featured on the cover of USA Today’s Life section, the duo will give fans a taste of the new material when they appear on ABC’s Jimmy Kimmel Live! May 2.

Their STILL THE SAME 2018 TOUR kicks off May 25 and will visit 48 cities in the U.S. and Canada, but the duo has already delighted audiences in the U.K. with their new material, earning standing ovations during their performances at the C2C: Country to Country festival in March.

Since the band’s inception in 2002, Sugarland has sold nearly 10 million albums domestically, earned seven No. 1 singles to date and amassed more than 260 million on-demand streams, making Sugarland one of the most popular Country music duos of all time.

Lauded by Entertainment Weekly as one of the format’s “most successful and beloved acts,” both members of the duo say their time away from writing and recording together has only made them come back stronger and, yes, BIGGER.

“It’s not like we stopped creating with [2010 album] THE INCREDIBLE MACHINE,” adds Kristian. “We kept going, but like a good Netflix show you skipped seasons three and four and now you’re seeing season five and you’re reminded of why you loved it. We didn’t really hit pause on anything. We both got on treadmills that were even faster in some ways. But we made a promise to come back, and we kept that promise.”